That was my Home – Sudan

That was my Home – Sudan

Connecting Community for Kids held their second gathering in a series of ‘That was my home’ presentations on Friday 30 November. A wide range of all cultures from across the community attended, of all ages and backgrounds.

Community members Keth Duot and Debora Garang spoke at the event about the Dinka identity, culture and way of life. Deboras’s two teenage daughters also said some moving words about why sharing their culture is important to them in another country so far away from ‘home’.

After listening to the powerful words, food was shared from Nubia Café and included traditional falafels, chicken stew and eggplants. Traditional LWOR dancing and dress-ups followed. The community then worked together on an art piece of a cow, which represents Dinka culture and their devotion to cattle.

Information on our third ‘That was my Home’ sessions will be announced soon. We are also holding a Sudanese Cooking Class on 30 January 2019. More details here – http://bit.ly/2QBi0TD 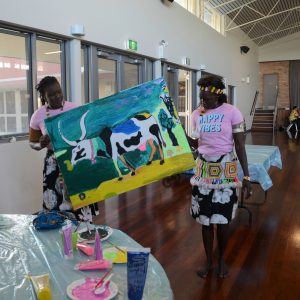 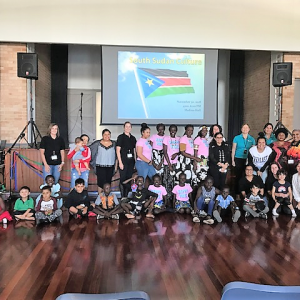